Kendall College of Art and Design of Ferris State University (KCAD) alumna and current adjunct instructor Alyssa (Parsons) Menold (’13, BFA Illustration) was included in the recently published 23rd edition of Spectrum, an annual publication that spotlights the best in fantasy, science fiction, and horror artwork from around the world.

Menold’s piece “Comfort” was among those selected through a juried process for inclusion in the publication, which is distributed to major bookstores, art directors, and publishers to ensure maximum exposure for the artists.

Menold, who also works as a freelance illustrator specializing in fantasy and sci-fi work, says it was Spectrum that steered her toward a career in the arts.

“Before Spectrum I'd never really heard of illustration. I knew I liked art, but I didn't know that there were people out there painting fantasy and science fiction for a living. After that I saved up every year to buy the annual Spectrum, and when it came time to graduate I searched for illustration programs across the country, which led me to KCAD.” 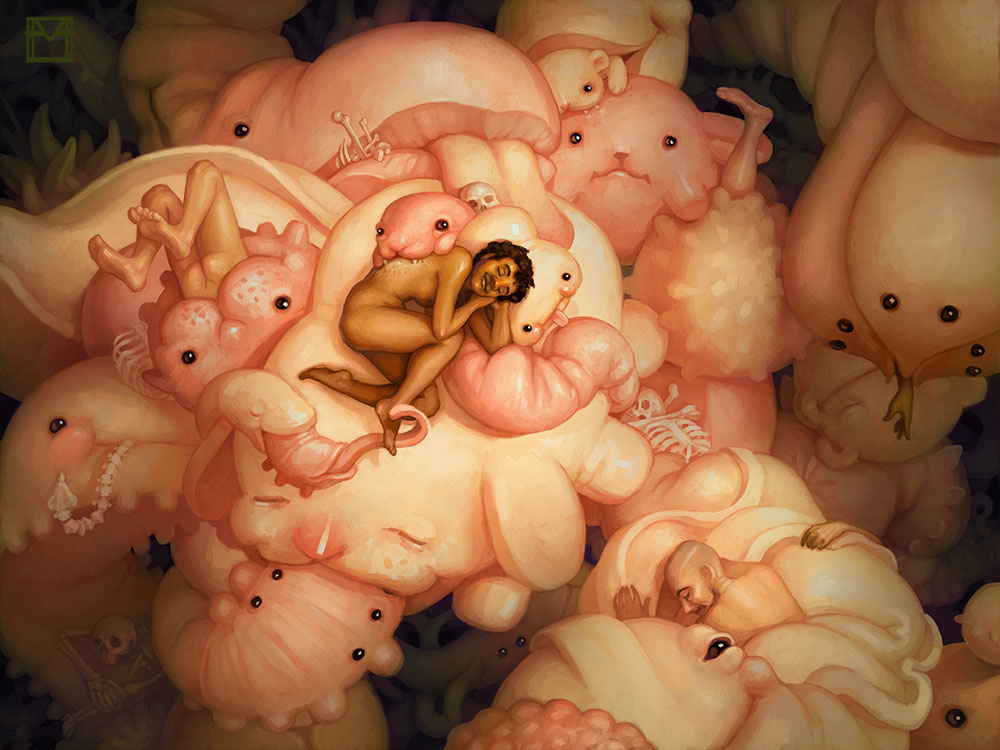 "Comfort" by Alyssa Menold (image courtesy of the artist)

Menold would go on to win the Illustration program’s Excellence Award and be named KCAD’s Valedictorian upon graduating in 2013. To be featured in the very same publication that inspired her for so many years is for Menold a sign that her decision to pursue a career in the arts was the right one.

“The whole course of my life was changed by this book--having a piece of my artwork included in an issue means more than I can ever say,” she says. “I'm honored and humbled that the judges selected my piece to appear next to so many insanely talented people.”