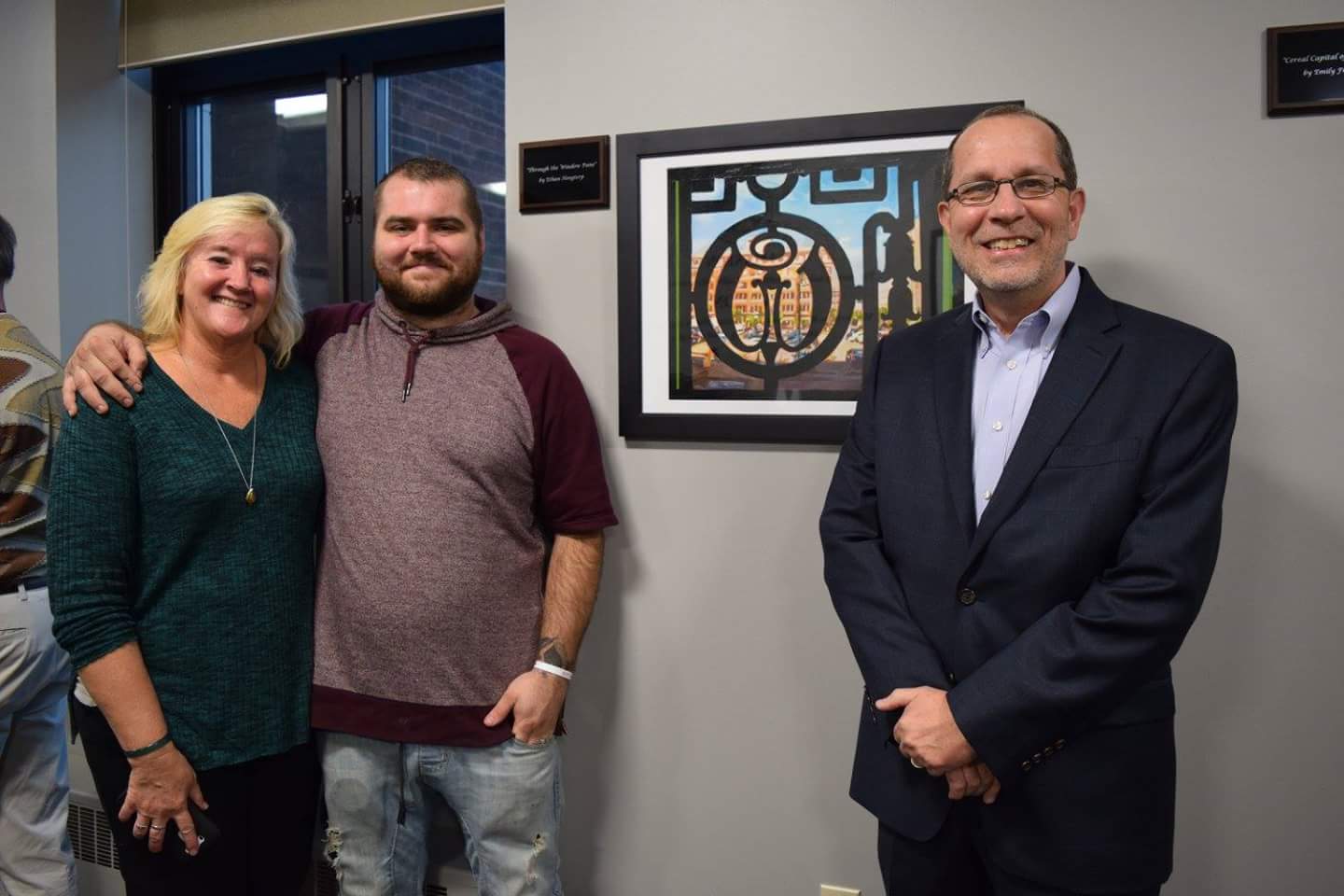 Hoogterp’s oil painting, titled “Through the Window Pane,” was one of a handful of pieces chosen through an open contest soliciting new works of art to be displayed in a newly renovated area of City Hall. He and the other winning artists were honored by Battle Creek Mayor Dave Walters and members of the Battle Creek City Commission at a ceremony held on November 1. 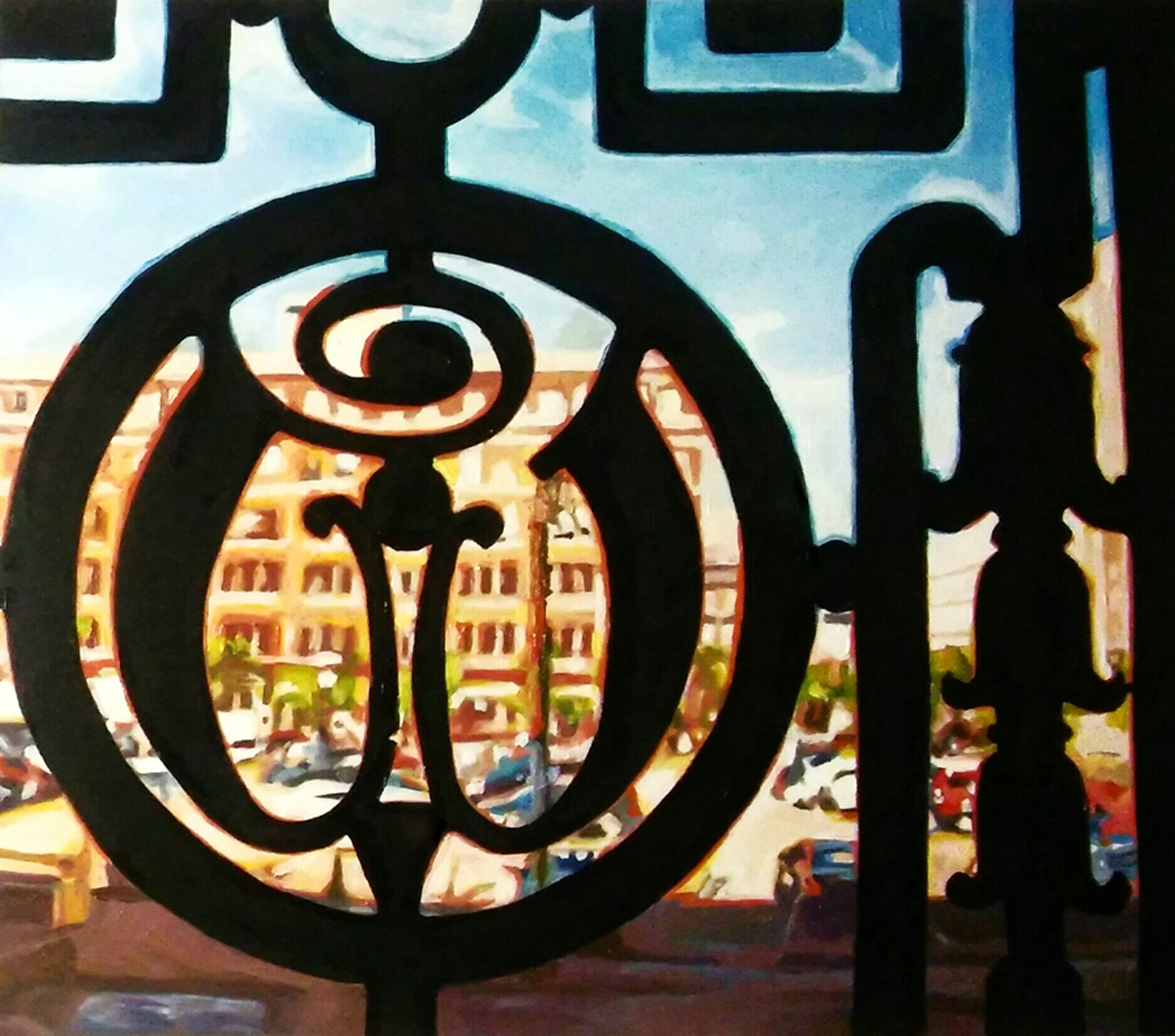 The painting, which depicts a view from one of the windows in KCAD’s Woodbridge N. Ferris building, was created using a reference photo Hoogterp had taken in an Intro to Photography course.

“This award really continues the artistic development that I have experienced from attending KCAD, and from learning from my wise professor Jon McDonald,” says Hoogterp. “It was great for my artwork to get exposure in the local community.”