A group of students in the Interior Design program at Kendall College of Art and Design of Ferris State University (KCAD) recently found success in a competition that challenged them to put their skills to work in the name of fashion. 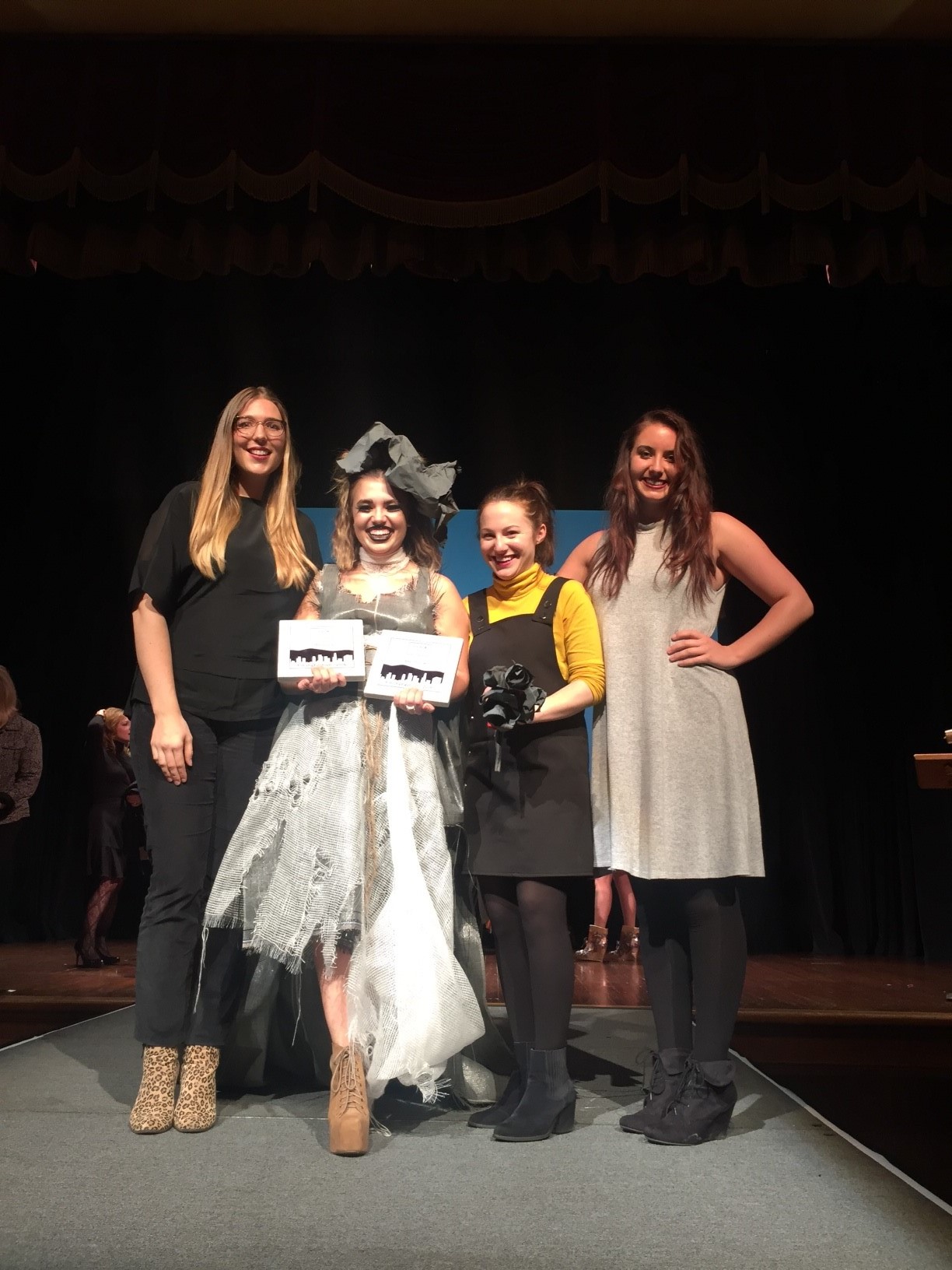 Both professionals and students are eligible to compete, but the team of Fodell, Gentry, Kalep, Kang, and Newton and another KCAD team that included Interior Design students Christian Merriam, Gabrielle Sample, Alana Sanchez, and Rachel Willoughby and Fashion Studies student Carmen Thomas were the only teams to feature students.

“We’re proud to have won two awards,” says Newton. “The judges appreciated our approach because we showed a sincerity in our design and a clarity in our intention.”

Fodell, Gentry, Kalep, Kang, and Newton responded to the competition’s “Hollywood” theme with a Tim Burton-inspired gown constructed almost entirely out of carpet backing. What’s more, no sewing was involved. Instead, they shaped the garment using safety pins and hot glue.

“It definitely helped to do something outside of the box. Going for an alternative vibe with the Tim Burton aesthetic helped us stand out in a good way,” says Gentry.

(above and below): Interior Design student Molly Kalep models the winning garment she and her teammates designed (credit: Ashley Newton) 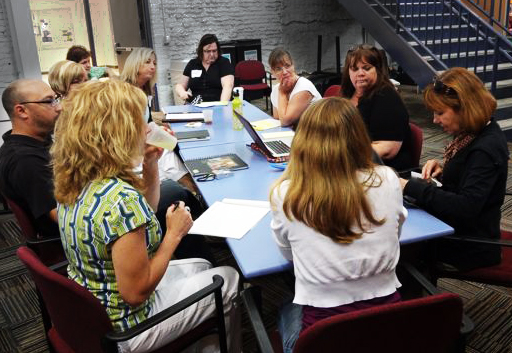 While fashion may seem a foreign to students learning to design interior spaces, Kang says the two disciplines are actually quite similar. “There are a lot of connections between fashions and interiors. The visualization, the concept, the execution, and the focus on materials. Great fashion designers have to think about the user just as interior designers do.” 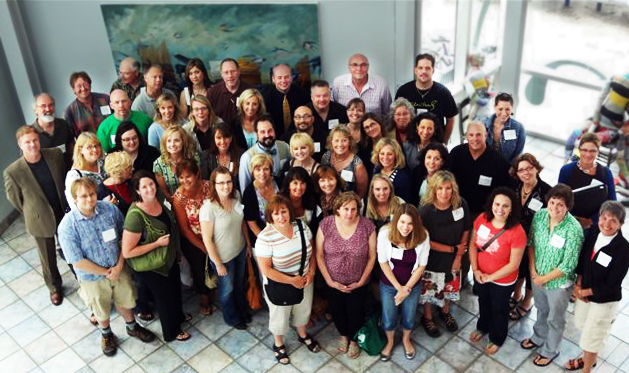 Beyond the competitive element, Finish2Fashion is also a vehicle for IIDA members, student and professional alike, to network and build community. Along with all of the other extracurricular activities KCAD Interior Design faculty encourage students to participate in, it also helps broaden their understanding of design.

“Diving into multiple different disciples such as fashion or architecture gives us more tools to use out in the field,” says Gentry. “It shows that you can’t come at a problem from one perspective.”