It’s been said that water is life, but for Elizabeth Hubler-Torrey (’14, BFA Painting), it’s also art.

The Kendall College of Art and Design of Ferris State University (KCAD) alumna’s latest work­, striking pieces influenced by the microbiology of the Atlantic Ocean, was conceived during an artist residency at the Schoodic Institute at Acadia National Park in Winter Harbor, Maine. Hubler-Torrey works primarily in encaustic, a medium in which heated wax is used in combination with paint to achieve a number of different textures, transparencies, and other visual effects.

Work from Elizabeth Hubler-Torrey (image courtesy of the artist)

For two weeks, Hubler-Torrey explored Acadia’s vast shoreline in search of natural inspiration. Typically, her subject matter comes in the form of public research results released by scientists or water samples she collects from Lake Michigan. She says the opportunity to collect her own reference imagery from the Atlantic Ocean has opened up a new world of possibility. 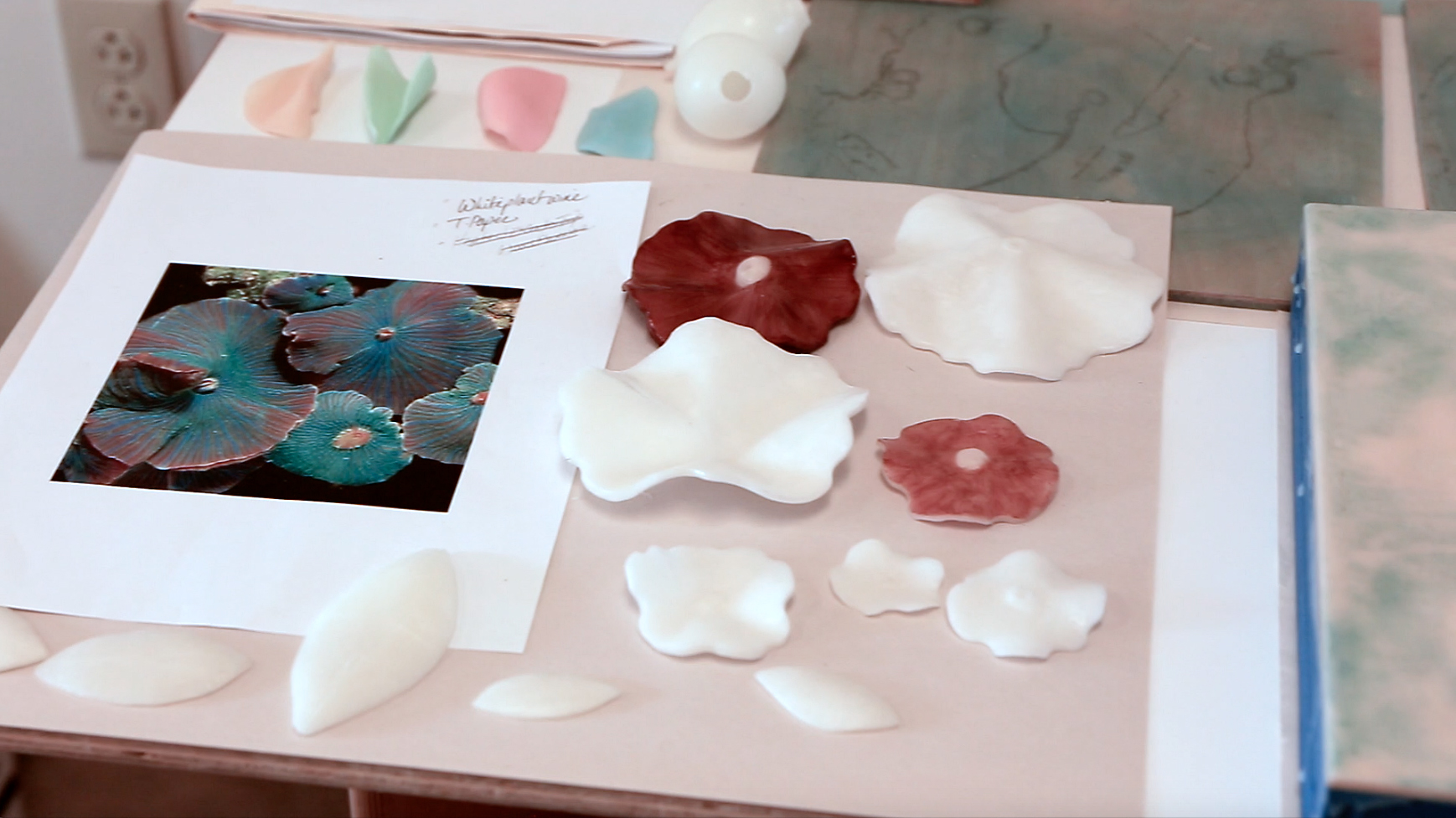 “The opportunity to attend a residency at Acadia National Park and experience this vast diversity of natural elements was fertile ground for exploration as an amateur naturalist trying to train myself in basic microbe identification,” she says. “The imagery collected and memories of the environment will influence the subject matter of my work for years to come.”