Inspired by her passion for history, Sarah Laverty (’17, BFA Photography) preserves the past from behind the lens of her camera. Now, the Kendall College of Art and Design of Ferris State University (KCAD) alumna’s latest work has been preserved in its own right.

Two photographs from Laverty’s senior thesis project at KCAD, “The Story of a Kirkbride,” are currently on display in the Michigan State Senate and House of Representatives through the Art in the Legislature program, which features exceptional creative work from students at colleges and universities throughout Michigan.

“The Story of a Kirkbride” is a visual study into the restoration and repurposing of the Traverse City State Hospital, a former mental health facility built in 1885 according to influential architectural specifications established by 19th century physician Dr. Thomas Story Kirkbride. After closing in 1989 and falling into a decade of decay, the enormous structure and accompanying 63 acres of property were purchased and redeveloped into modern mixed-use properties, now called The Village at Grand Traverse Commons.

“It’s fascinating to think that, through determination and vision, a structure that was constructed in 1885 was saved from the wrecking ball and given a new life,” says Laverty. 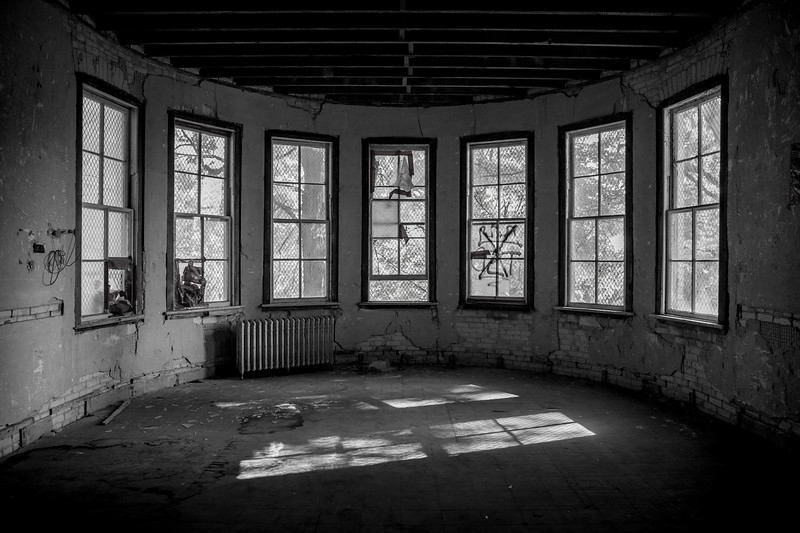 “I was able to take images of the derelict structures and set them next to images from the restored structures to demonstrate the amount of care and effort that the developers put into renovating these structures to their original splendor,” she says.

Viewed as a whole, the series of images creates a dialogue between past and present that Laverty feels is waning in contemporary culture.

“Our country is lacking in historical structures due to each generation caring less and less about historical integrity and more about the shiny and new,” she says. “The fact that this structure hasn’t become a Wal-Mart or a parking lot is amazing. That is why I fell in love with this place.” 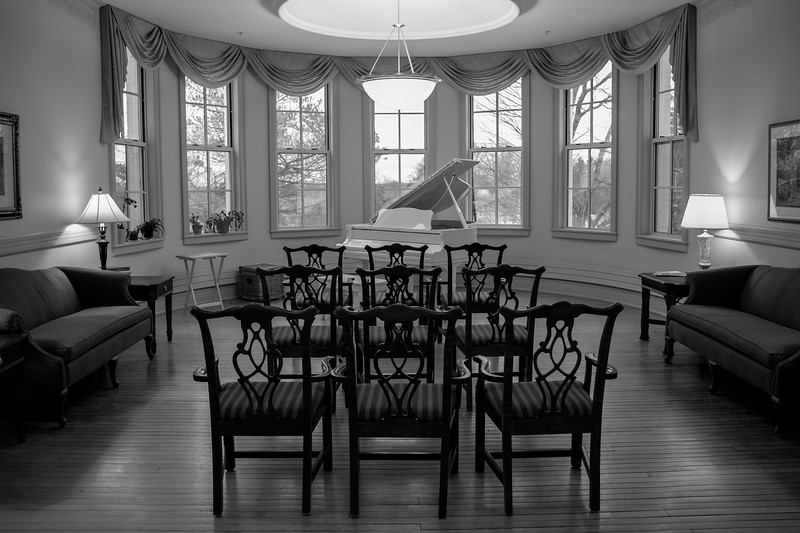 Laverty also hopes that her imagery will help dispel some of the negative stereotypes that surround buildings like the Traverse City State Hospital.

“They were not all ‘terrible’ places,” says Laverty. “Facilities that followed the ideals of the Kirkbride plan were ethical, humane spaces created to morally rehabilitate those who suffered from mental illnesses.”

By exploring the role of historical structures in the 21st century, Laverty’s photographs prompt viewers to consider the connection between physical structures/spaces and our understanding of history and identity. 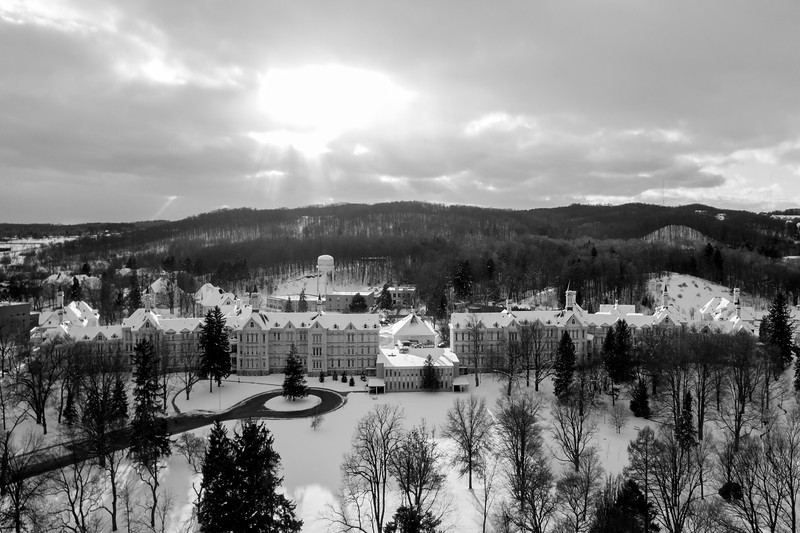 “The goal of my photographs is to demonstrate the beauty of these structures as well as the opportunities and benefits that they possess in regards of reuse and repurpose,” she says. “These photographs depict the journey that can be taken to preserve history and the updated use of forgotten historical structures.”

“Our country lacks historical integrity in regards to structures that have survived the test of time. We should take advantage and care of the structures that still remain, not demolish them every chance we get,” she says. “Kirkbride plan structures are among the oldest and most beautiful in our country, and it would be a success for the American people if we could salvage and appreciate the ones that are still standing.”