Illustration major Raime Cronkhite has earned the top spot among this year’s graduates of Kendall College of Art and Design of Ferris State University (KCAD). As valedictorian of the KCAD class of 2020, Cronkhite will deliver a keynote address during the college’s virtual commencement ceremony on May 9.

This is the second undergraduate degree for Cronkhite, who received a diploma from Grand Rapids Christian High School in 2008 and a bachelor’s degree in interdisciplinary studies—with concentrations in graphic design, global studies, and kinesiology—from Michigan State University in 2013.

After working with a non-profit organization in South Africa and a short stint in customer service, Cronkhite felt she was in a professional rut. “I emailed an admissions counselor at KCAD and asked what it would look like to get a second degree. They had exactly the curriculum I was looking for and the perfect location since I was Grand Rapids-based.” 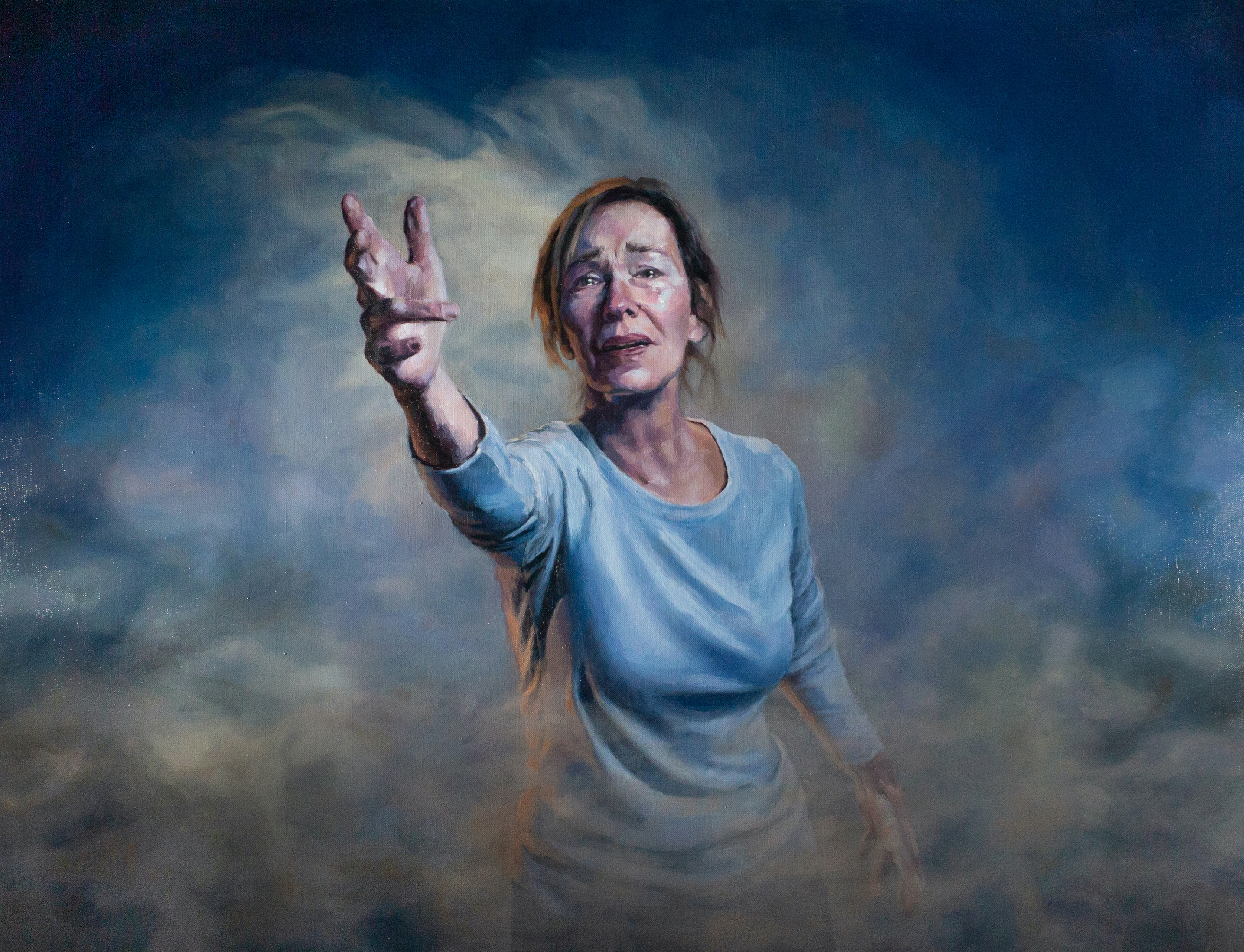 Cronkhite chose to major in Illustration because the training would expose her to a variety of media and styles, making her more versatile. “Even though I spent a lot of time on the painting floor, it was important to understand a bunch of different ways that I could make art for a living,” she said.

The valedictorian honor came as a surprise to Cronkhite. “When I got the email, I just cried–and laughed,” she said. “It was something that wasn’t even on my radar. I really just wanted to take a fine-toothed comb and scrape everything I could in two years. That was my goal, to take as much as I could from the professors, for each assignment, and do the best I could every single time.”

It was that drive that made Cronkhite stand out as a student, according to Assistant Professor and Illustration Program Chair Nancy Hart. “From the very first class Raime took in our program, she set the bar high for her peers,” Hart said. “Her technical skill and drive for perfection have always led to outstanding works of art.  All of the Illustration faculty anticipate Raime to have a brilliant career!” 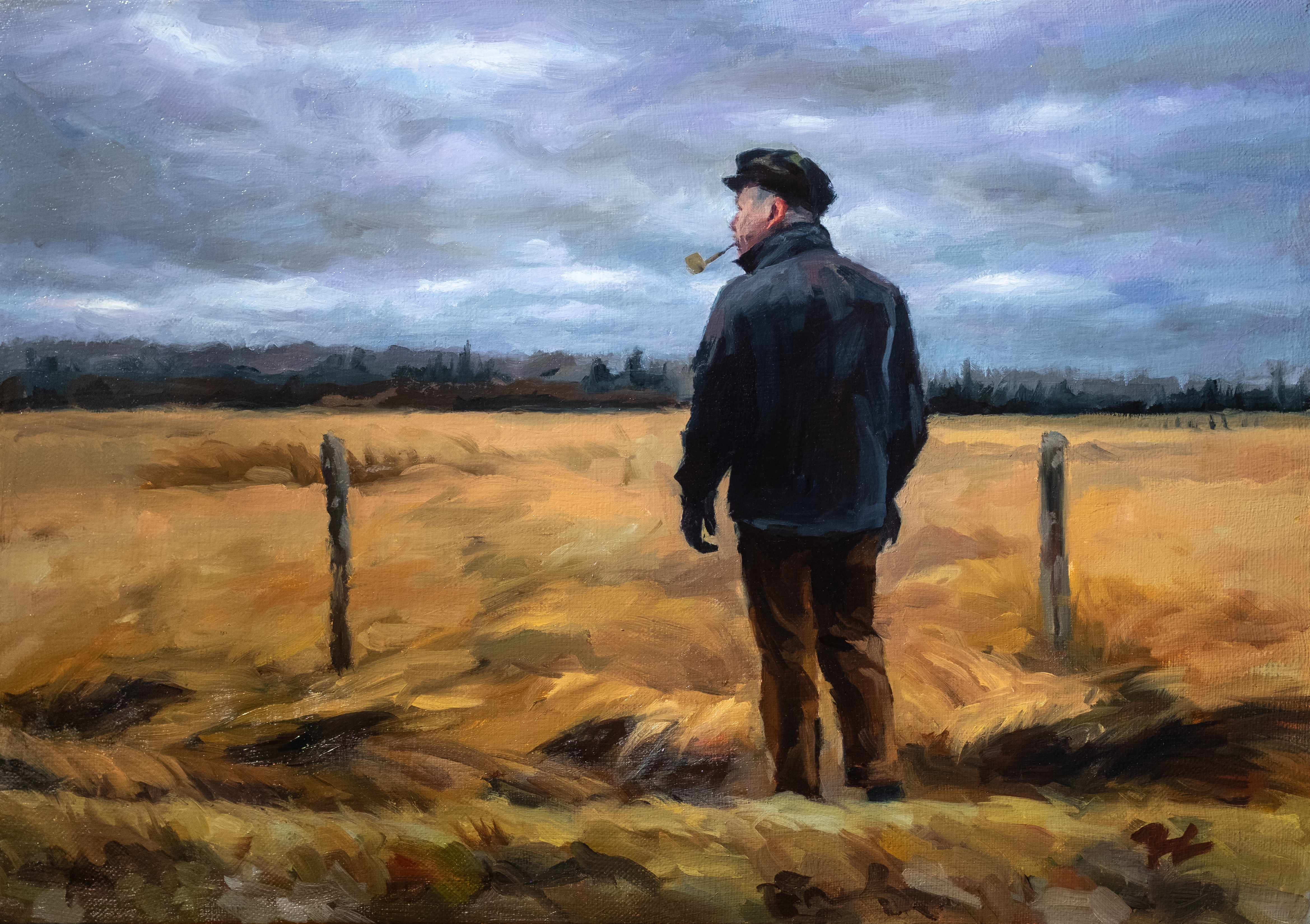 (above): "Quiet Contemplation" (oil on linen) and (below): "A Second Time" (graphite) by Raime Cronkhite (images courtesy of the artist).

Because she was not a traditional student, Cronkhite was able to start exploring different media right away. “Instead of taking a couple of general education classes and a couple of studio classes, I was very studio-heavy since I already had a degree. That meant I had to fast-track some of my learning and figure out my style in a short amount of time,” she said.

Events in her personal life also played a profound role in her development as an artist. “My father passed away very suddenly,” she explained. “That was very shaking, but it also shaped the art I was making. The portrait I did of him was my first finished oil painting ever. It was the one medium I had no experience in. I was really excited about trying it, but I didn’t know how to start.” 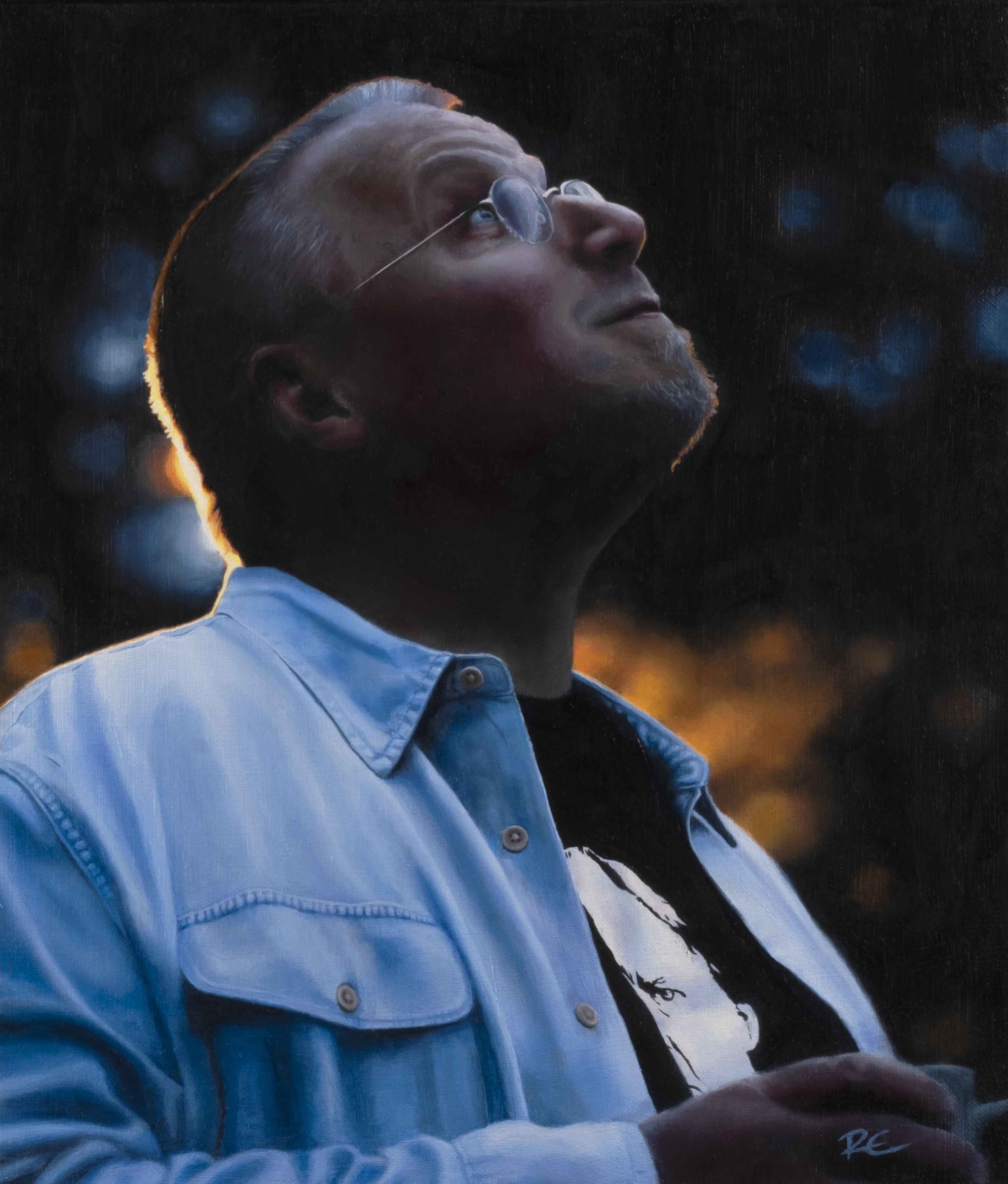 "It Was You" (oil) by Raime Cronkhite, created in honor of her late father (image courtesy of the artist)

During her second year, she signed up for Professor Boyd Quinn’s figure painting class. As one of her most influential instructors, Quinn said, “Raime is one of those students that has natural talent. She is her own teacher. I don't really have to say much to her about painting because of her talent. She will go far as an artist.”

Even though I’m an illustration major,” said Cronkhite, “I spent most of my time making more contemporary figurative pieces that didn’t really match a lot of the illustration styles in the tech world. I was figuring out the story I wanted to tell and allowing the grief and loss to shape that story.”

Cronkhite acknowledges that she might not fit perfectly into either illustration or fine art. “I can take both perspectives and let them be tools that I use to do my own thing,” she explained. “Being forced to be very raw and vulnerable through my art let me open up in a new way while I was experimenting and learning the media. When you’re brought to that place and have people who are beside you and encouraging you to continue to explore, it can open up a lot.” 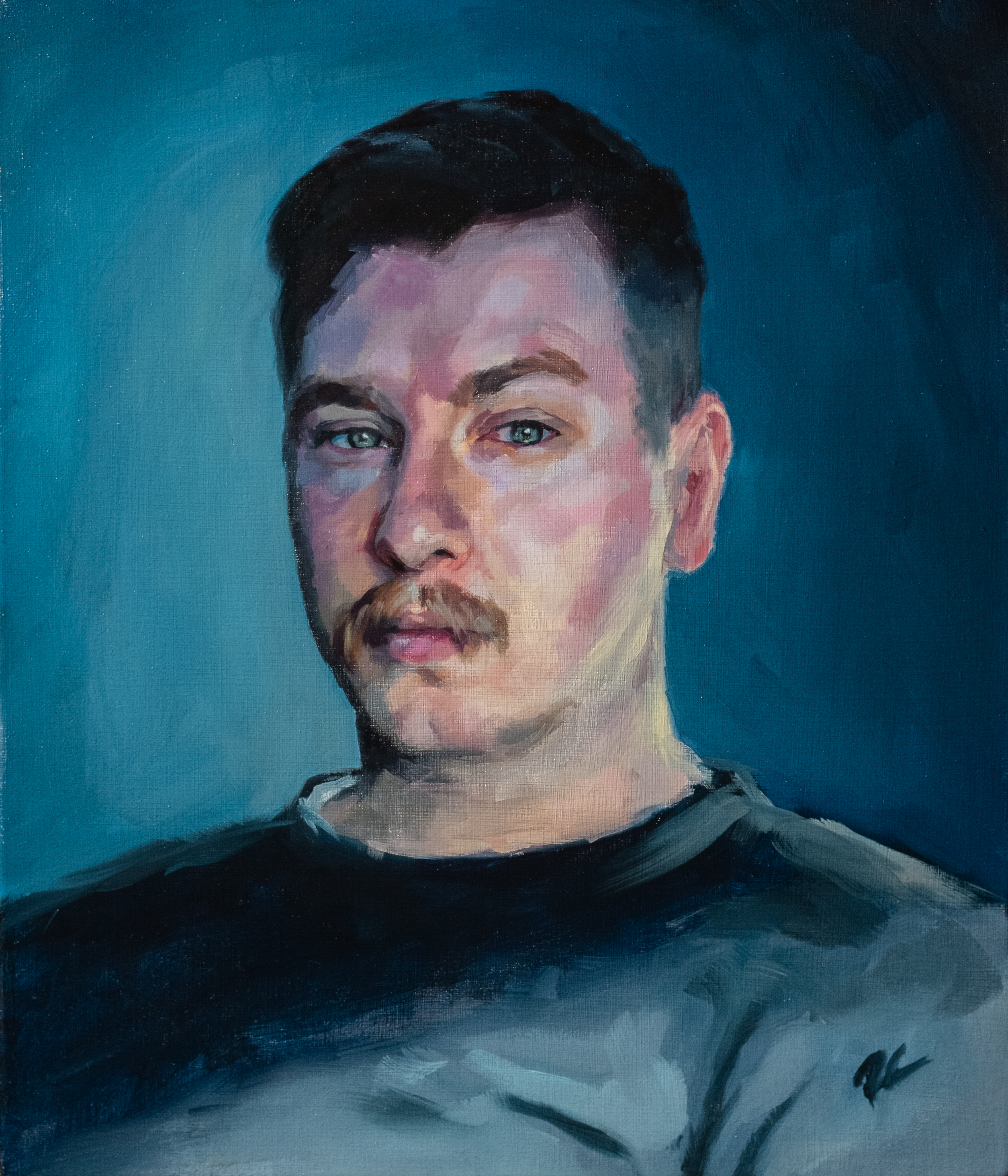 (above): "Andrew in Late Winter" (oil) by Raime Cronkhite; (below) this timelapse of the painitng being created showcases the breadth and depth of Cronkhite's technical skill as well as her keen eye for the nuanced details that make her work come alive (image and video courtesy of the artist)

Interim President of KCAD Tara McCrackin says the college is proud of Cronkhite’s accomplishments. “Raime has grown so much in her time at KCAD, not just in terms of her technical skill, but in her understanding of who she is as an artist and what she wants to say with her work. But she also leaves here knowing that her journey is only just beginning, that each day brings new opportunities to learn and to evolve, and I have no doubt she’ll make the most of every one. Just as her work at KCAD has done, we know that her work as a creative professional will be a light in the lives of all those it touches.”

After graduating, Cronkhite aims to keep painting as much as possible. “If I can keep painting every day for the rest of my life and put food on the table and have a place to live, that’s my definition of success,” she said.

Due to the COVID-19 pandemic, KCAD’s traditionally physical annual student exhibitions have been transitioned to an online platform, with the Master’s Thesis, Excellence Awards, and Undergraduate Senior Exhibitions on view now at kcad2020.org.

In addition to the Undergraduate Senior Exhibition, Cronkhite’s work can be seen on her own website, raimelee.com, and in a virtual exhibition on themoon.gr.com beginning May 8.

KCAD’s virtual 2020 Commencement ceremony will be streamed live on the KCAD Facebook page and at kcad.edu/commencement2020 starting at 10am on May 9.

Read a Q&A with 2020 valedictorian Raime Cronkhite over on the KCAD Blog.