Kendall College of Art and Design of Ferris State University (KCAD) is pleased to announce the Rob Jackson Extra Credit Projects Scholarship Endowment, a new scholarship fund for students majoring in Graphic Design and Illustration.
Supported by alumnus Rob Jackson (’89, BFA Illustration), Principal and Creative Director of Extra Credit Projects in Grand Rapids, the scholarship will be awarded to a full-time KCAD sophomore, junior, or senior with a GPA of at least 2.9, preferably with financial need. In keeping with the name of Jackson’s firm, students can apply by submitting a written essay that examines how they give something extra to their education, their chosen field, and their community. 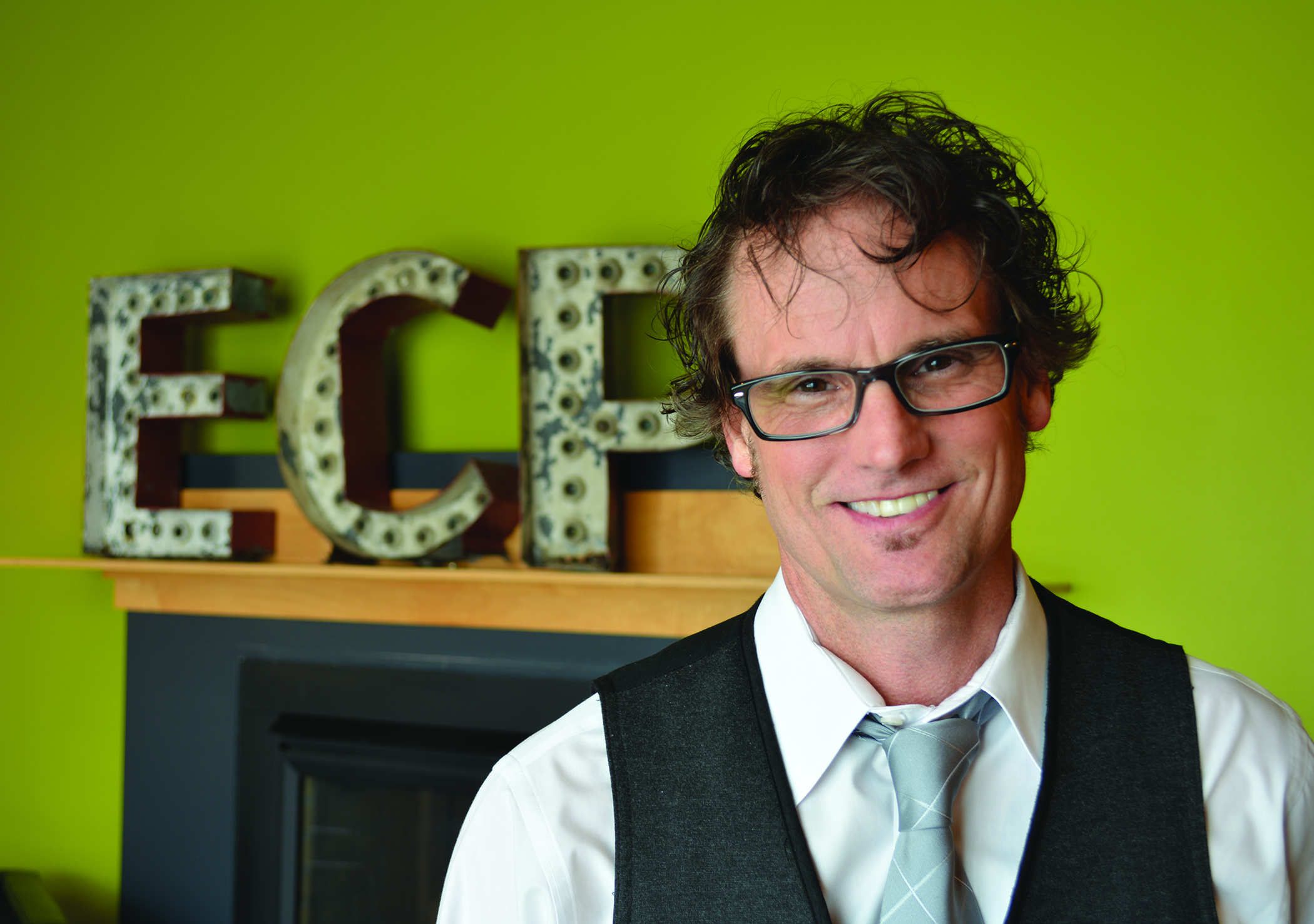 Rob Jackson (image courtesy of Extra Credit Projects)
“I wanted part of the criteria to be based on the student’s extra credit,” explains Jackson. “If you have talent, it’s not super-hard to do pretty well in school. I wanted this to go to someone doing a little more, someone who’s been going the extra mile.”
While Jackson knows the award will help support students financially, he’s hoping it bolsters their confidence as well. “The money means something, but not as much as the nudge it can give a young person,” he says. “We’re here to support creative education and build that community in Grand Rapids whether they stay here or not. I want them to see that there are working alumni close by, supporting the students, and showing them a creative career is possible.”
Jackson’s own career has been prolific since starting Extra Credit Projects nearly 14 years ago. He and his colleagues have earned recognition from numerous regional and national organizations and the community-focused work that suffuses their portfolio, including promotions for the YMCA, Michigan State University’s Gran Fondo bike race supporting skin cancer research, and Art Everywhere US, a national campaign to integrate fine American art into everyday settings. 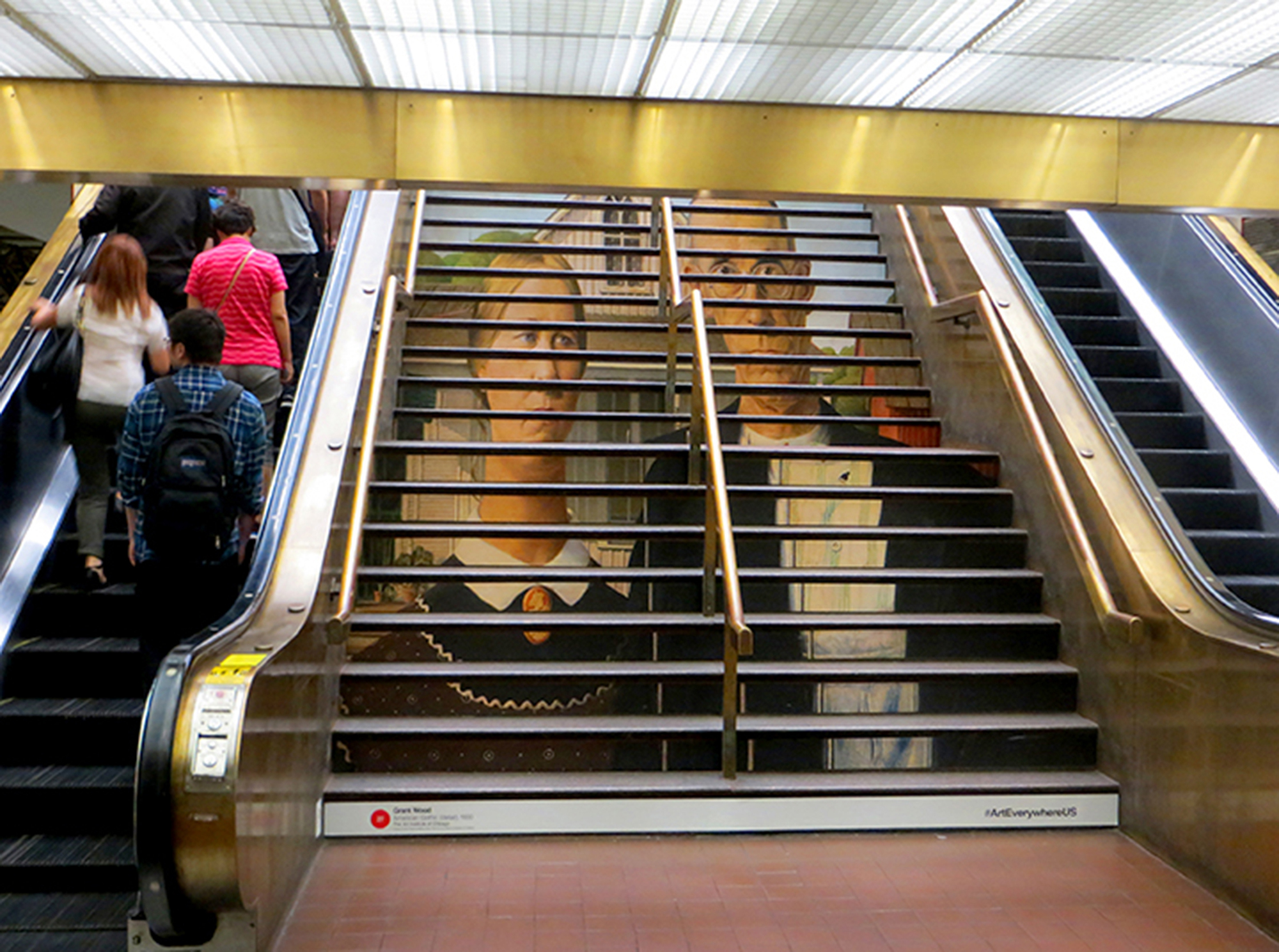 Grant Wood's "American Gothic" was translated onto the steps of the Port Authority bus terminal in Manhattan as part of Art Everywhere US, a campaign Jackson and Extra Credit Projects created in collaboration with the Outdoor Advertising Association of America and a number of art museums to showcase 58 pieces of iconic American art on over 50,000 out of home advertising displays across the nation, including billboards, bus shelters, and subway posters, among others. (image courtesy of Extra Credit Projects)
“We’ve always been public service-minded, and we’re not shy about our faith foundation,” explains Jackson. “It’s important in our portfolio of work, weaving in and out of it.”
But despite all their success, Jackson and the team at Extra Credit Projects have never rested on their laurels. “We’ve been blessed and had growth and success every year of our existence,” he says. “All that drives opportunities for good, and when KCAD approached me about starting a scholarship, I liked the idea that something would continue to tell that story, driving students to do a little extra, and rewarding them for that.” 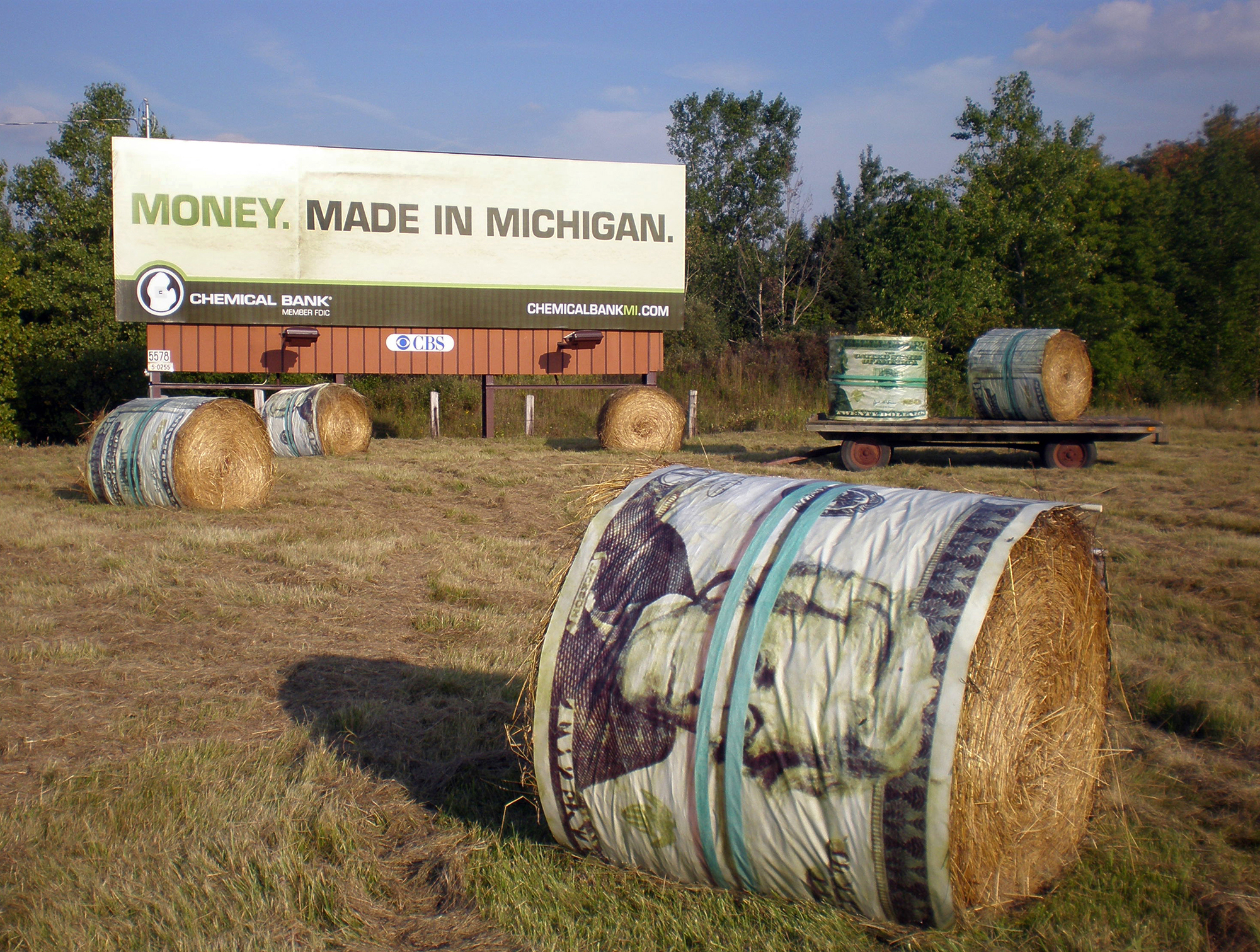 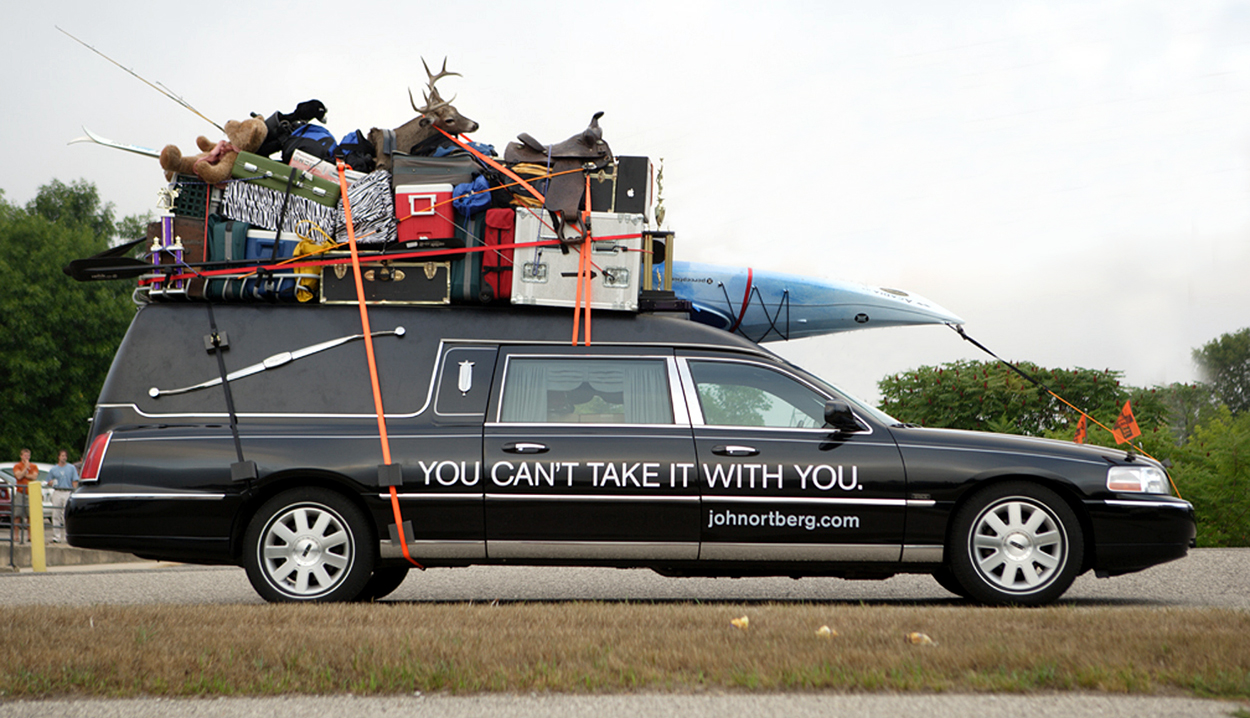 This striking ad—turned nontraditional stunt—for author John Ortberg's tour in support of his book "You Can't Take It With You" was created for Zondervan Books / Harper Collins Christian Publishing ( images courtesy of Extra Credit Projects)
Jackson grew up on the east side of the state and said he always had an artistic bent. “I was always drawing,” he says. “At the time, I wasn’t thinking about advertising and design because I thought I was going to be an illustrator or fine artist. That was my passion and vision.”
After high school, he found his way to Grand Rapids to study Illustration. “I had a great experience at Kendall,” he recalls. “Even though my focus was on illustration and fine art, what Kendall really did for me was teach me professionalism. Many of my friends were off living at another campus, but I felt like I was going to work in a building downtown. It seemed more like a job right out of high school, and I grew into that. Even on my off days, I would make believe I was a business when I was working on my portfolio.”
One of Jackson’s early mentors was Illustration Professor Jon McDonald, who recently retired from KCAD. “In my second year of painting class, he told me, ‘You’re going to come in next week, and I’ll give you an A or an E—no in between.’ I never forgot it, and I did get the A!”
He also has fond memories of Graphic Design Professor Ron Riksen. “Even though I was in Illustration, I had to take a certain amount of graphics classes, and Ron and I always hit it off,” he says. He distinctly remembers watching Riksen working on a handful of sketches for the college’s new logo and locking eyes with him when he spotted the design that would become the official logo. “What I saw him doing and being—I didn’t know I wanted that then,” says Jackson. “But I still remember that day.”
His own foray into graphic design and advertising didn’t start until later, though. After graduating from KCAD, Jackson’s first job was painting billboards. “I was so drawn to that 48-foot realism,” he remembers. “I had just learned how to do it at Kendall and was able to put it to work, painting all night. I was so excited!” 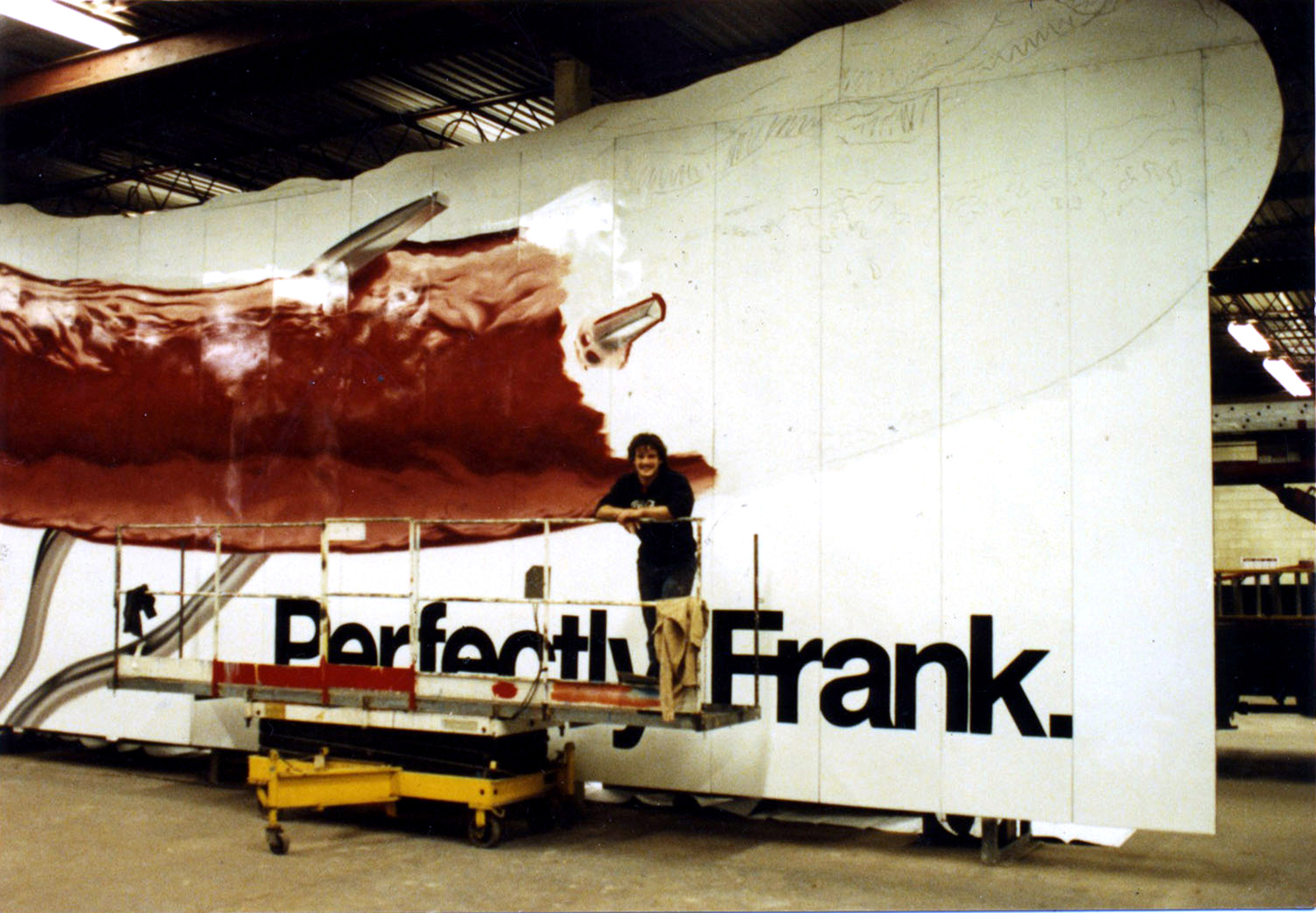 Jackson posing next to a hand-painted billboard he created for Koegel early in his career (image courtesy of Rob Jackson)
However, with digital capabilities rapidly evolving, Jackson realized the days of painting billboards by hand were coming to an end. “I did what every young creative professional does….not…I joined the Navy,” he says. “I always wanted to serve, and I had a desire to travel, but didn’t have the means. So I had a short-term enlistment, and great things came out of it, but I came right back to the art.”
Soon, Jackson was working as an art director, and then he became a creative director at Adams Outdoor Advertising. “I cut my teeth in outdoor advertising, forcing simplicity, collaborating with ad agencies, leading a team, learning the hard way, and learning from my successes, too,” he says. 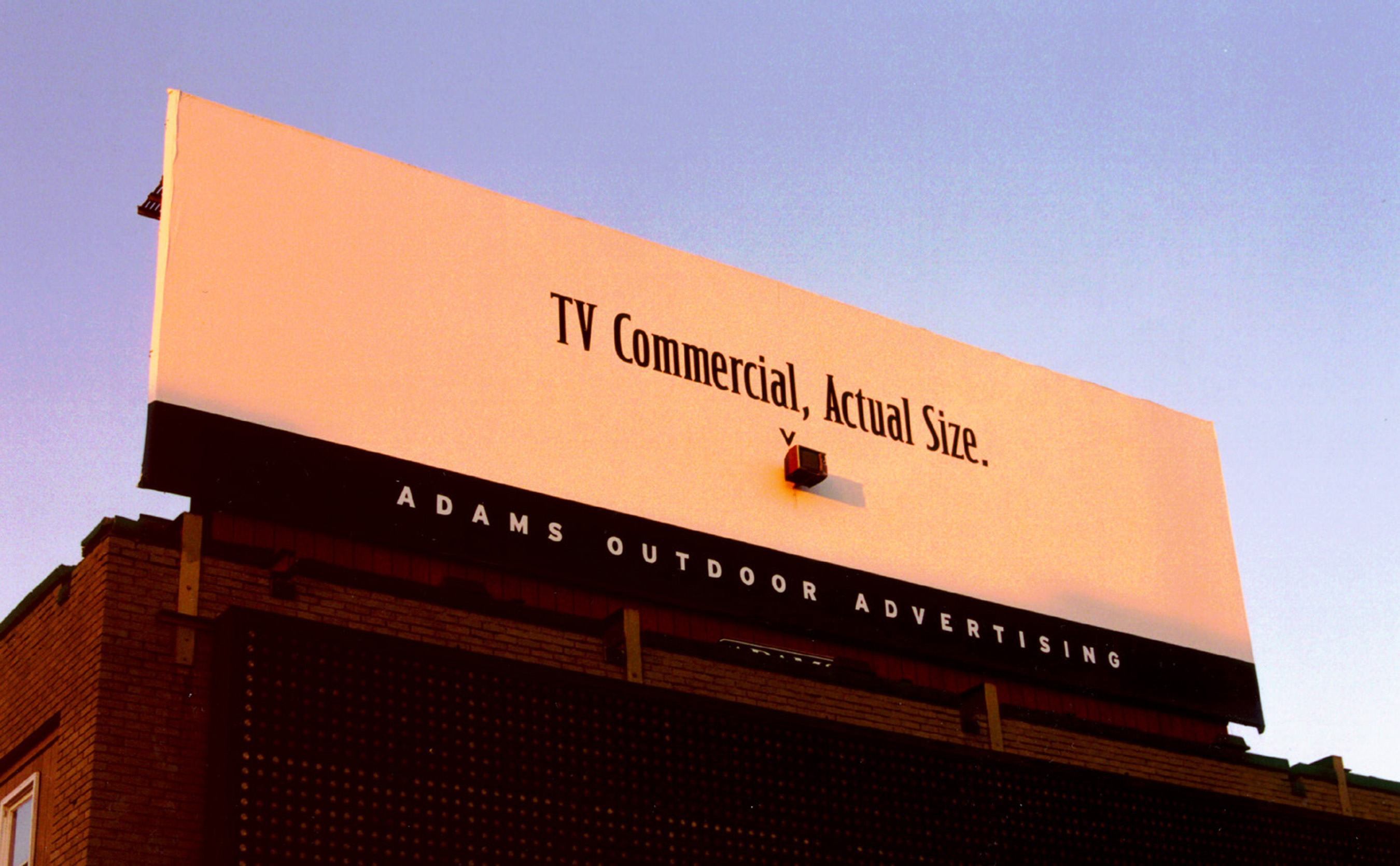 Jackson's razor-sharp wit and penchant for attention-grabbing design are on full display in this billboard he designed as a creative director at Adams Outdoor Advertising (image courtesy of Rob Jackson)
After starting a family, he headed back to Michigan, where the resurgence of Grand Rapids as a hotbed of creative industry was just getting underway. Along the way, he earned an M.A. in Advertising from Syracuse University, worked for the ad agency Jager Group, and eventually, started his own agency, Extra Credit Projects.
Through the years, Extra Credit Projects has won numerous awards on both a regional and national scale, including recognition from Communication Arts, Cannes Lions, How, and Obie and Addy Awards. Jackson himself won the 2016 Silver Medal Award for lifetime achievement from the American Advertising Federation of West Michigan, and the 2019 L. Ray Vahue Marketing Award of Merit at the annual Outdoor Advertising Association of America industry conference.
In early 2020, the agency also published "Reflect," a book highlighting 20 years of billboards they created to honor public figures such as Dale Earnhardt, Muhammed Ali, Aretha Franklin, and Kobe Bryant, along with the World Trade Towers and local legends like Gerald and Betty Ford. Jackson says a portion of proceeds from the book will be donated to charity. 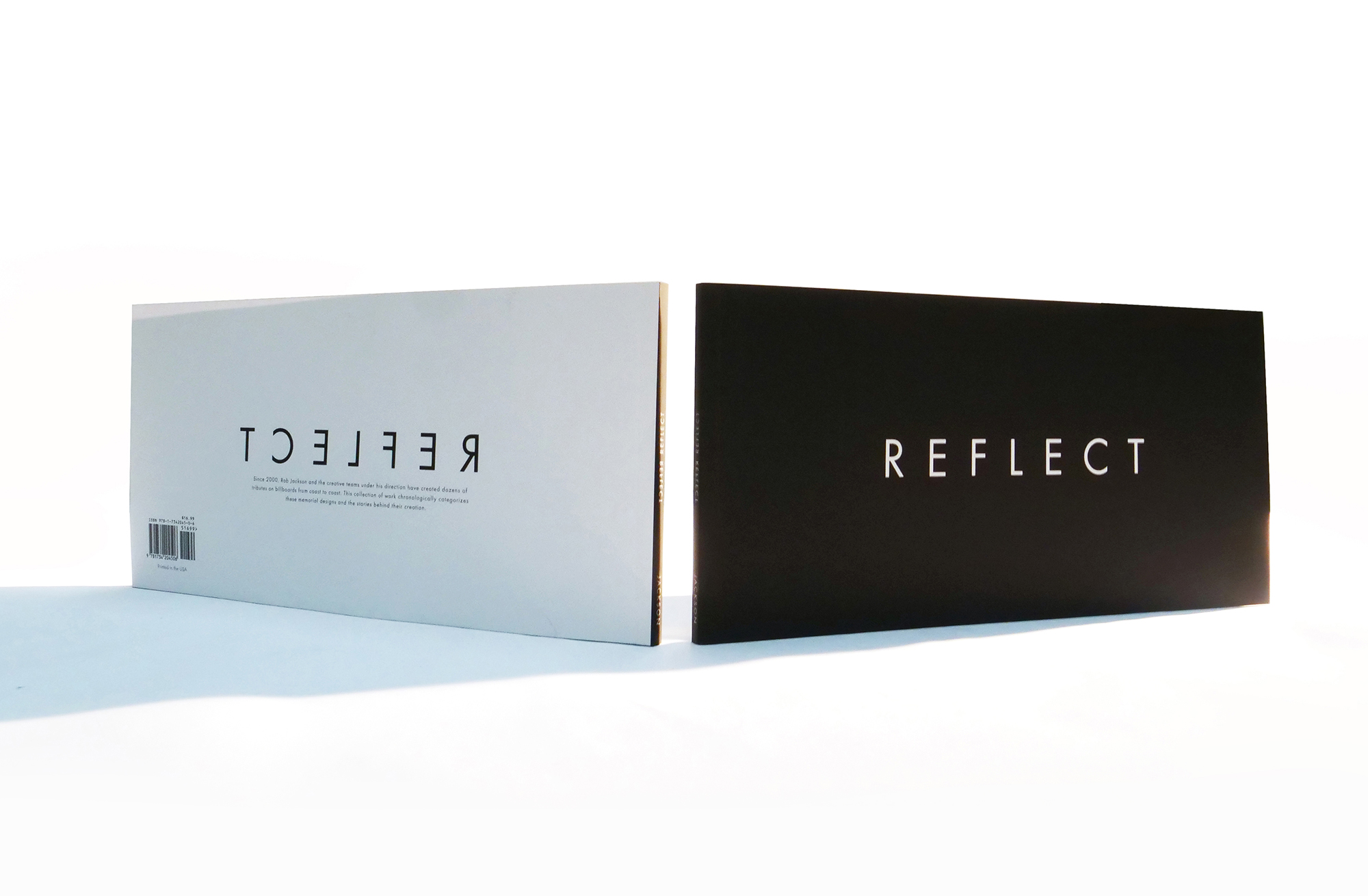