This article originally appeared in the Summer 2016 issue of Portfolio magazine. Read the complete issue here.

Some of the most dynamic creative work to come out of West Central Michigan this year was recently exhibited at KCAD—and it was made by artists and writers who have yet to graduate from high school.

For years, the college has been proud to host the West Central Michigan Region of the Scholastic Art & Writing Awards, the nation’s longest-running and most prestigious recognition initiative for students in grades 7–12.

Since its founding in 1923, the awards have been among the first to recognize some of the most accomplished and prolific leaders in arts and culture, such as Andy Warhol, Truman Capote, Sylvia Plath, Richard Avedon, Robert Redford, Lena Dunham, and Ken Burns. Students begin at the regional level, submitting work across 29 categories of art and writing. Entries earning top honors, known as Gold Key Awards, move on to the national level of competition, where the best works in the nation contend for 16 $10,000 scholarships and a number of $1,000 scholarships.

As a regional host, KCAD processes thousands of submissions each year, and secures judges. The college also organizes a ceremony, sponsored annually by Zeeland, MI-based home furnishing manufacturer Howard Miller, at which students who win Honorable Mention, Silver Key, or Gold Key Awards are honored among family and friends. Director of Student Engagement Nicole DeKraker says that nurturing the growth of the next generation of creative luminaries is more than an opportunity, it’s a responsibility. 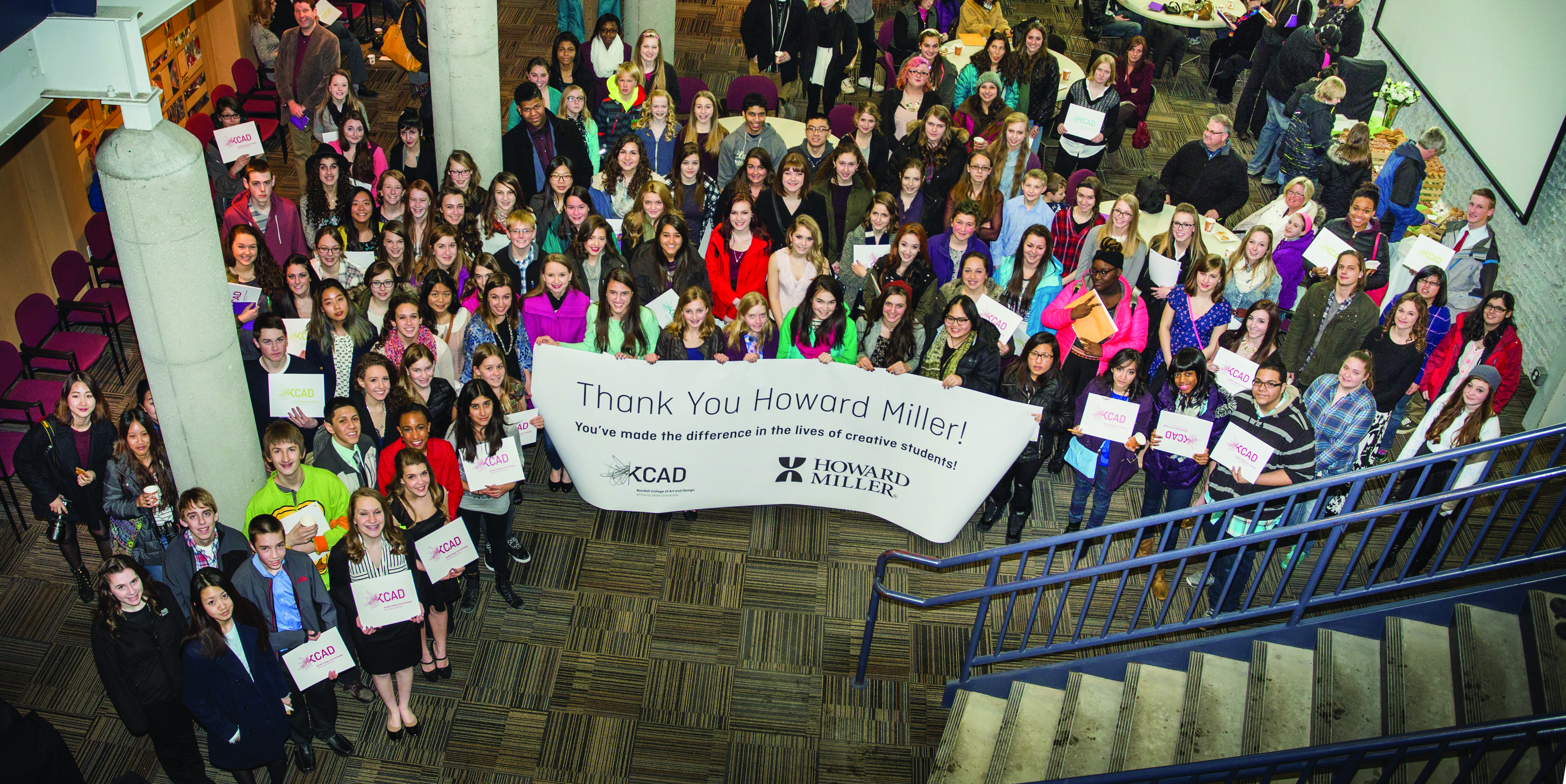 “There are so many talented young people in Michigan, and it’s important for them to be recognized. As an institution that champions creativity as a valuable asset for our state, our economy, and our individual lives, we know firsthand that only good things can happen as a result of feeding the creativity of our young students.”

Rather than rewarding students who fulfill a generic list of requirements, the competition uses judging criteria that focus instead on originality, technical skill, emergence of a personal vision or voice, and freedom of expression. The result, says DeKraker, is work that consistently exceeds expectations.

“One of the great things about the Scholastic Art & Writing Awards is that it gives young students license to explore their own ideas and make the work that they really want to make. Our judges are always amazed by not only the technical skill on display, but the imagination as well.”

This year marked the first time KCAD hosted the writing portion of the program. General Education Program Chair Adam Schuitema, who served as one of the writing judges, echoed DeKraker’s sentiments, saying, “I was blown away by some of the talent. They were writing at a level I don’t think most of us would expect, and I found myself forgetting that these were teenage writers.”

The competition is also a powerful forum for young creatives to showcase their work to a larger audience. Gold Key Award-winning artwork from the region was featured in an exhibition in KCAD’s Helen Miller Gallery and The Fed Galleries @ KCAD, while winners in the writing categories were exhibited online.

All national award-winning entries are exhibited online at artandwriting.org, and entries may be selected to take part in the traveling exhibition “Art.Write.Now.” 2015 West Central Michigan regional winners Xian Boles and Spencer Schulte, who both went on to receive recognition at the national level, are included in the current iteration of “Art.Write.Now,” which will make a stop at KCAD this fall. Eleven artists from the West Central Region were recognized with national awards in this year’s competition.

However, beyond success and recognition, DeKraker says there is a more important reward waiting for students.

“KCAD understands the courage it takes for a young creative person to share his or her work. Whether students win an award or not, our institution can be a place where young people learn the importance of taking risks and always striving to reach.”