“What Can WE Do?”: Remembering the Extraordinary Influence of KCAD Librarian Diane Dustin

Those who had the pleasure of connecting with Kendall College of Art and Design of Ferris State University (KCAD) Librarian Diane Dustin were bound to hear this question at one point or another. It wasn’t a declaration of acquiescence, but rather an outstretched hand, an invitation to walk together toward an answer.

For Dustin, the question was a reflection of her unwavering belief in the power of knowledge and the resiliency of the human spirit. With her passing in October of 2017, the KCAD community lost someone whose drive to make a difference in the lives of others each and every day inspired those around her to do the same.

“Diane had fortitude. She wasn’t just a strong person; she would see something that needed a strong advocate and champion it, though it might come with a personal cost,” says Michael Kruzich, Dustin’s husband and director of the KCAD Library. “She took things on because she knew it was the right thing to do.”

Dustin and Kruzich came to KCAD at roughly the same time 15 years ago. They immediately set out to transform the college’s Library into a highly accessible, forward-thinking conduit of information spanning a variety of media.

Whether in the back office acquiring new resources or at the front desk guiding students’ research, Dustin was committed to helping visitors to the library go beyond simply finding the answers they were looking for. She roused their curiosity as well, encouraging them to dig deeper and expand their perspective.

“Her approach was Socratic; she would sit down with someone, ask them questions, and listen to their responses, all to stimulate their critical thinking,” says Kruzich. “She enjoyed that kind of back and forth; it encouraged her. As in any good teaching moment, the teacher learns something too, so she was continuously learning from students.”

“Diane and I were always talking about how we could make the library more useful, and she always wanted to know what students were excited about,” says Stewart. “Student workers were sort of like her flies on the wall around campus.” 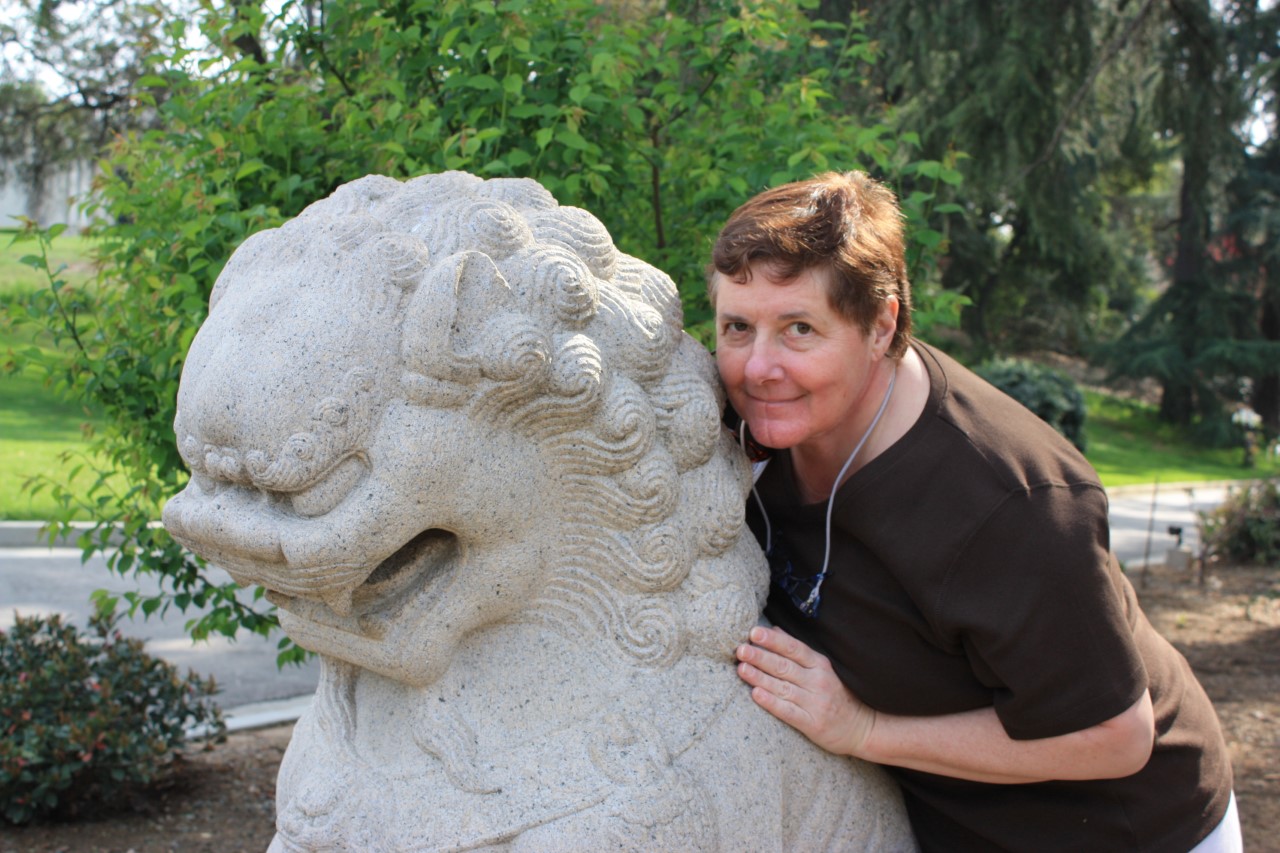 “She genuinely listened to us, and soon enough there were a ton of videos, books, and tutorials on animation in the library,” says Stewart. “That was great, to know how much she cared.”

Dustin fed her own voracious intellectual appetite with abandon, building a near-encyclopedic comprehension of any subject that drew her interest, from environmentalism to the Industrial Revolution to U.S./Middle East relations and everything in between.

“If you take away the role of librarian, that’s who Diane was: a seeker of truth,” says Kruzich. “She had a thirst for knowledge. When she was interested in something, she read every book she could get her hands on.”

Dustin’s passion for gaining knowledge was eclipsed only by her desire to share it with others. Graphic Design Professor Angela Dow recalls her relationship with Dustin, both as a colleague and as a friend, as one of constant intellectual stimulation.

“It always seemed like Diane knew everything,” Dow says. “I never hesitated to send my students to her when they were looking for answers they just couldn’t find on their own. Conversations with her were always thought-provoking and stimulating; I always learned something and I always learned to think differently about something.”

Dustin’s perpetual desire for understanding and connection naturally extended into activism, both on and outside of the KCAD campus. From a young age, she was a fierce advocate for caring for the earth, and eventually became a certified Leadership in Energy and Environmental Design (LEED) Green Associate. In 2011, she worked with students and faculty at KCAD to organize a waste characterization study that examined the intricacies of the college’s waste stream and ultimately led to an overhaul of its sustainability practices.

When working with Kent County Disability Advocates to improve the accessibility of city bus services, Dustin came to realize that the service was also underutilized by the KCAD community, so she spearheaded an effort to make free bus passes available to all KCAD students, faculty, and staff.

Another time, her concern about the high cost for students to maintain their physical health led to her advocating for and helping secure reduced rate memberships for students and full time employees at the Grand Rapids YMCA.

This proclivity for building a better world continues to resonate with Dustin’s colleagues at KCAD.

“Diane was both open to new ideas and steadfast in her core convictions, and she demonstrated that admirable balance time and time again,” says General Education Professor Dr. Susanna Engbers. “She enriched all of our lives by modeling this strong way of being.”

Nowhere was Dustin’s positive, nurturing influence more evident than in her relationships with KCAD students. Kruzich remembers countless instances of Dustin providing groceries to hungry students or taking them out to eat. Another time, she aided a student in shipping work to an out of state exhibition.

“That was Diane living out who she was,” says Kruzich.

While working in the KCAD Library, Stewart was struggling with finding an academic direction. He wanted to switch his major to Digital Media (now Digital Art and Design), but was unsure of how to take the first step, so Dustin connected him to advisors and faculty members who could help guide his transition.

“Talking through things with Diane gave me confidence,” Stewart recalls. “I would have kept my head down and accepted my path, but she gave me the strength to take a different path. I grew so much from that experience thanks to her.”

When Dionne Afihene (’15, BFA Industrial Design), an international student from Ghana, landed a position in the KCAD Library, she got more than a job; she got an unconditional support system.

“I always knew exactly what I needed to do working with Diane because she was great at helping people gain insight and understanding,” Afihene explains. “I gained a lot of self-confidence working in the Library as well. It was one of my favorite places because it was cozy and I always had a listening ear from Diane on what I was struggling with as a student.”

“Diane always had a very approachable and inviting sort of energy. She never talked down to me; it always felt like she wanted to empower me as an individual,” Talmage recalls. “And it wasn’t just me; if anyone was just stuck on trying to figure something out, she was there and available, but rather than prescribing truth to people, Diane empowered them to find their own truth. She was just a very wise person.” 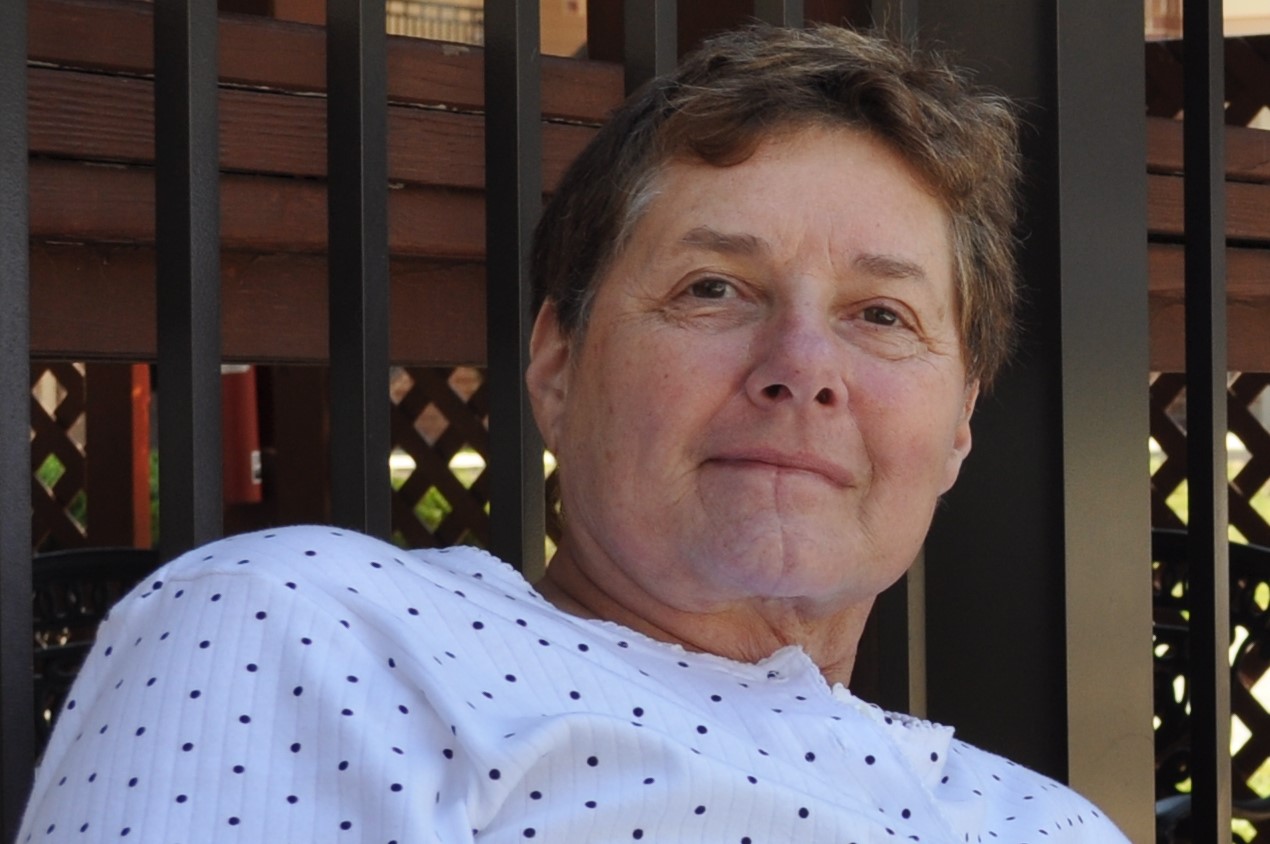 Dustin’s impact on students didn’t end when they left campus either. Talmage, who now teaches art in Grand Rapids Public Schools, has channeled Dustin’s perceptiveness, honesty, and kind-heartedness into building meaningful relationships with her students.

“Diane knew that while work is important, relationships are really what it comes down to. At the end of the day it’s all about connections,” Talmage says. “That’s how she really lit that curiosity in people and pushed them to go deeper and learn more. As a teacher, I have that in my mind constantly, and as I one day become a parent or as I take on other mentoring roles, I hope to carry the same energy that she did.”

Working in the KCAD Library was equally formative for Nathan Heuer (’06, BFA Illustration; ’08, MFA), who recalls being struck by Dustin’s ability to earn the respect and trust of those she connected with. She and Kruzich taught him a great deal about leadership, lessons he says he uses each and every day as Chair of the Art department at Indiana University of Pennsylvania.

“Diane earned respect from her employees; people wanted to do well for her. In turn, she treated people with respect and made them feel valued, and that’s something that I’ve really incorporated into my own approach to teaching and leadership,” Heuer explains. “Diane and Michael also taught me how important vision is. You never get comfortable, because you always have to be looking ahead to the next challenge.”